Gummy works on song with Daesung

Gummy works on song with Daesung 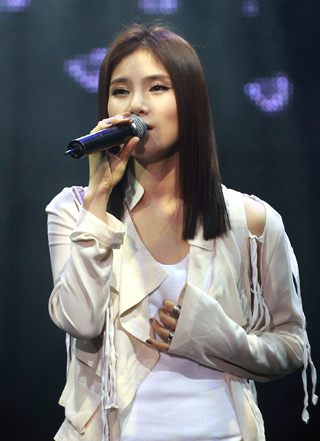 Singer Gummy will release a song in Japan produced in collaboration with Daesung of Big Bang next month, according to their management agency YG Entertainment, yesterday.

In Gummy’s second EP, set to be released on April 3, Daesung is featured in a song titled “Dear, My Sincere One.”

It is the first time the two have performed together for an album.

It has been said that she asked Daesung to work on a particular song in her upcoming album titled “FATE(s).”

Gummy produced her album in Japan, the first time she has done so.

“As soon as I heard Gummy’s voice, I felt I was falling in love,” said Miyahara, according to local media reports. “[Her] expression and sensitive nature reminds me of love.”