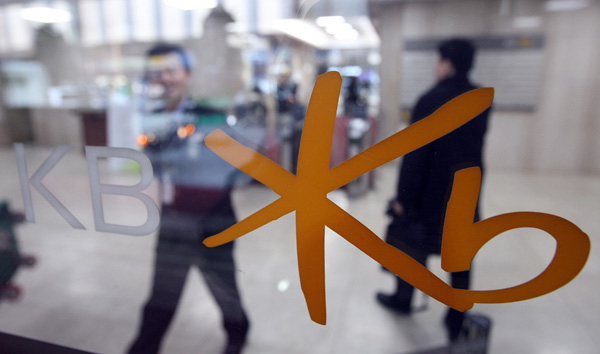 Internal strife is deepening at KB Financial Group, Korea’s second-largest banking group, after suspicions were raised that its vice president had misled on a global investment advisory firm to oust some of outside directors ahead of its shareholders’ meeting this Friday.

The Financial Supervisory Service, the country’s financial regulator, has rolled up its sleeves with a fact-finding mission and is expected to impose stiff penalties on those involved in the alleged unfair and unethical financial practice.

On Monday, KB Financial Group, headed by Chairman Euh Yoon-dae, held an unscheduled board of directors meeting at its headquarters in Myeong-dong, central Seoul, and dismissed Vice President Park Dong-chang. Park is a close associate of Euh handpicked to join KB in July 2010 when Euh became chairman.

Park, who tried to purchase ING Life Insurance last year, allegedly leaked information to U.S.-based Institutional Shareholder Services (ISS), a subsidiary of Morgan Stanley that advises institutional investors, so ISS would recommend that foreign investors not vote for outside directors Lee Kyung-jae, Bae Jae-wook and Kim Young-kwa in the approaching board of directors meeting of KB Financial Group. According to reports, ISS noted the outside directors caused chaos among KB Financial Group’s leadership by opposing the plan to acquire ING Life Insurance.

In the process of following the ISS report, Park was found to have met with ISS analysts last month in Singapore and this month in Seoul, raising suspicions that he leaked distorted information. Only Lee was opposed to the ING Life Insurance purchase plan while Bae was a proponent of it. It was only recently that Kim was recommended to be appointed as an outside director. 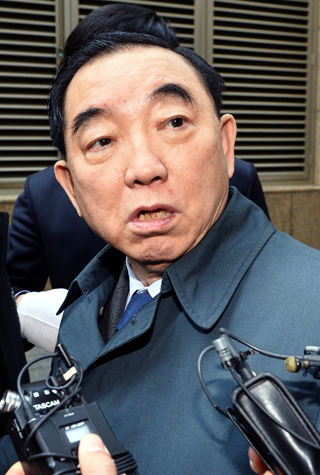 Euh then dismissed Park from his position on Monday.

The internal conflict comes amid growing pressure on Euh to step down along with other financial institution chiefs like Korea Development Bank Financial Group Chairman Kang Man-soo, to pave way for Park Geun-hye administration appointments. Euh, a close associate of former President Lee Myung-bak, was appointed KB Financial chief in 2010 and his term ends this July.

Industry insiders say the internal strife will eventually cause Euh to walk away from his post.

KB Financial, however, downplayed such speculation, saying its chairman had nothing to do with an alleged scheme.

“Contact made by a particular management official with ISS has nothing to do with Euh,” it said in a statement.

The board of directors at KB Financial will hold an unscheduled meeting today to discuss measures to respond to the ISS report.

Whether or not the directors will come up with stricter disciplinary action against Park remain to be seen. The FSS, however, is keeping its eyes wide open to find any actions violating the country’s financial law. Choi Soo-hyun, the regulator’s newly appointed governor, told reporters on Monday that the financial watchdog will hold officials of financial institutions responsible in case of regulation violations.

Choi is known to have told FSS executives in a meeting yesterday that the KB Financial incident should be dealt with “strictly.”

While KB Financial remains under the radar of the financial regulator, there are growing calls for an improvement in the corporate governance structure of financial institutions to increase transparency. There have been criticisms that chiefs of financial institutions, in which the government has major stakes in, are given too much power and authority in decision-making processes such as personnel appointments of even its bank and insurance subsidiaries. Concerns have been that such corporate governance structure would only bring management inefficiency.