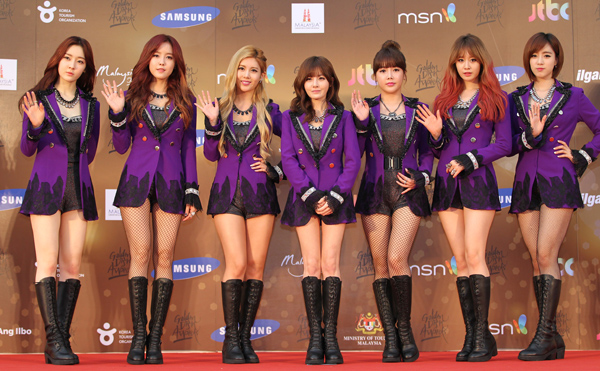 T-ara’s new EP “Banistar” was ranked No. 2 on Japan’s Oricon daily chart on Wednesday immediately after its release.

A total of 40,000 copies were sold, more than twice the amount sold of the group’s Japanese debut “Bo Beep Bo Peep.” The album hit No. 1 on the Oricon daily and weekly charts when it was released.

The seven-member group will hold live concerts all across Japan, starting its first leg of the tour in Sapporo on Wednesday.

It will also release a photo book Thursday.

Each of the seven members sings a song individually, and there are three more versions sung by subset teams. Three teams: Soyeon and Areum; Boram and Qri; and Jiyeon, Eunjung and Hyomin, each compose a team for the special project.

Girls’ Generation was ranked fourth on the daily chart, and IU was ninth.