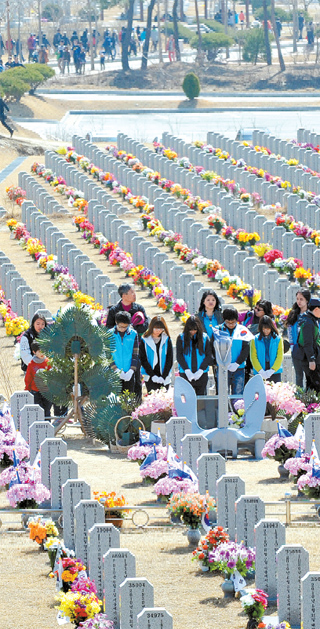 Bereaved family members and citizens yesterday pay tribute to 46 sailors who were lost when the warship Cheonan, which South Korea believes was torpedoed by North Korea, sank on March 26, 2010. About 5,000 people participated in a walkathon event yesterday in the Daejeon National Cemetery to commemorate the fallen soldiers. By Kim Seong-tae