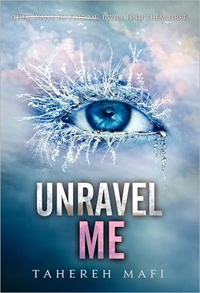 Juliette has escaped to Omega Point. It is a place for people like her - people with gifts - and it is also the headquarters of the rebel resistance.

She’s finally free from the Re-establishment, free from their plan to use her as a weapon, and free to love Adam. But Juliette will never be free from her lethal touch.

Or from Warner, who wants Juliette more than she ever thought possible.

In this exhilarating sequel to “Shatter Me,” Juliette has to make life-changing decisions between what she wants and what she thinks is right. Decisions that might involve choosing between her heart - and Adam’s life. 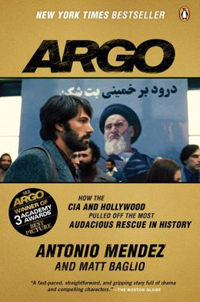 Argo: How the CIA and Hollywood Pulled Off the Most Audacious Rescue in History

On Nov. 4, 1979, Iranian militants stormed the American Embassy in Tehran and captured dozens of American hostages, sparking a 444-day ordeal and a quake in global politics still reverberating today. But there is a little-known drama connected to the crisis: six Americans escaped. And a top-level CIA officer named Antonio Mendez devised an ingenious yet incredibly risky plan to rescue them. 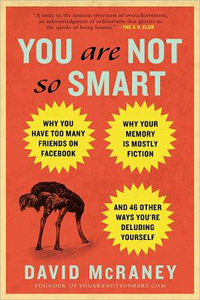 You Are Not So Smart: Why You Have Too Many Friends on Facebook, Why Your Memory Is Mostly Fiction, and 46 Other Ways You’re Deluding Yourself

An entertaining illumination of the stupid beliefs that make us feel wise, based on the popular blog of the same name.

Whether you’re deciding which smartphone to purchase or which politician to believe, you think you are a rational being whose every decision is based on cool, detached logic. But here’s the truth: You are not so smart. You’re just as deluded as the rest of us - but that’s okay, because being deluded is part of being human.

Growing out of David McRaney’s popular blog, “You Are Not So Smart” reveals that every decision we make, every thought we contemplate and every emotion we feel comes with a story we tell ourselves to explain them. But often these stories aren’t true. Each short chapter - covering topics such as learned helplessness, selling out and the illusion of transparency - is like a psychology course with all the boring parts taken out.