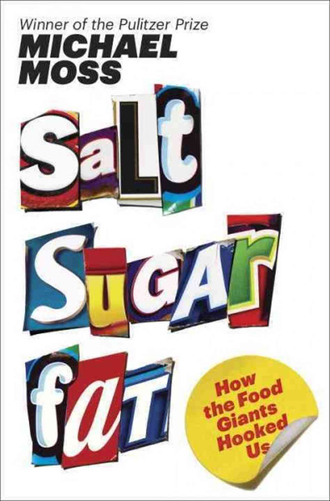 A can of Coke contains roughly nine teaspoons of sugar. Lunchables were created as a way to revive a flagging interest in bologna. People like chips that snap with about four pounds of pressure per square inch.

Those are just some of the nuggets of information Michael Moss feeds readers in his new book about the food industry, “Salt Sugar Fat: How the Food Giants Hooked Us.” But while the book is sprinkled with food facts, Moss doesn’t just want to entertain. Instead, he systematically shows readers how processed food makers manipulate their goods to get consumers to buy, often at the expense of their health.

Moss takes readers on a grocery store tour through the lens of three key ingredients: salt, sugar and fat. By the time he’s done, a host of iconic American products, from Oreos to Hot Pockets and spaghetti sauce to soda, don’t look so appetizing.

Moss goes the distance, literally, in researching the tactics companies use to create cravings for their products. In Libertyville, Illinois, he inspects the cheese in the refrigerator of a former cheese expert with Kraft. In Hopkins, Minnesota, he visits the headquarters of one food industry supplier that sells 40 different types of processed salt, one that’s perfect for popcorn to others used in soups and cheese. And at a noted food lab in Philadelphia, he watches a 6-year-old down a series of different vanilla puddings to determine her perfect sweetness level, something called her “bliss point.”

Along the way, Moss meets tastemakers from former leaders at Coca-Cola and Frito-Lay to the creators of Cheez Whiz and instant pudding.

What he learns is enough to give readers serious indigestion. Moss, a Pulitzer Prize-winning New York Times reporter, is at his best when he’s acting like a journalist. AP

Salt Sugar Fat: How the Food Giants Hooked Us