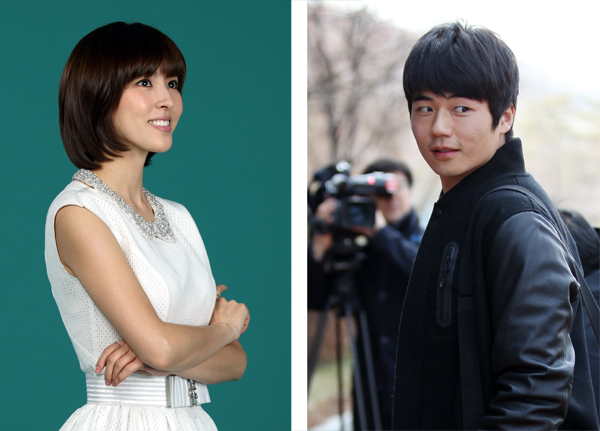 Actress Han Hye-jin and footballer Ki Sung-yeung are once again at the center of media attention as Ki wore shoes marked with Han’s initials during a match last week.

An exclusive report of Ilgan Sports, an affiliate of the Korea JoongAng Daily, found that the two may be in a relationship despite previously denials. Han broke up with her boyfriend of nine years, Naul of Brown Eyed Soul, in December.

On Ki’s green footwear, someone had inscribed the letters “HJ SY 24.”The number belongs to Ki in the Premier League.

One source told Ilgan Sports that Ki announced he will wear the inscribed footwear while playing for the national team against Qatar today.

However, Ki did not mention what those letters indicate.

After the London Olympics last year, Ki was a guest on the program “Healing Camp,” on which Han is a host, and said that Han would be his ideal bride should he decide that he wants to get married.