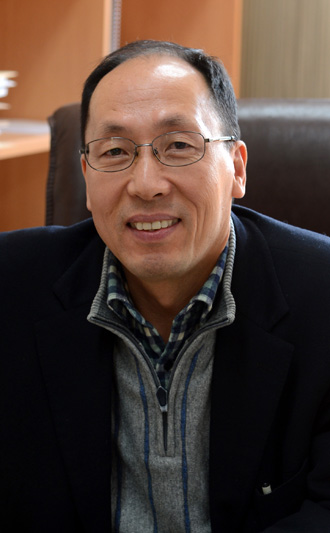 President Park Geun-hye continues to struggle with her appointments, as another name was added to a growing list of nominees who have stepped down since she took office.

Han issued a statement yesterday to make public his decision to step down from the nominee.

“Controversy has flared over my fitness to perform the job as head of the Fair Trade Commission,” Han said.

“Subsequently, the National Assembly could not schedule a confirmation hearing, hindering the administration’s smooth launch. I, therefore, will surrender my nomination and return to school to serve the country and the people as an academic.”

Han, a professor of law at Ewha Womans University, was named by Park to head the antitrust watchdog on March 14.

They said Han, who has defended the interests of conglomerates, is unfit to head the Fair Trade Commission.

Fueling the criticism, the Hankyoreh newspaper reported yesterday morning that Han was suspected of having held overseas accounts to evade paying taxes.

Representative Kim Ki-sik of the main opposition Democratic United Party told the newspaper that he had asked the National Tax Service to submit detailed information on Han’s overseas bank accounts and assets.

After the National Tax Service introduced a system in 2011 to require an overseas bank account holder with more than 1 billion won ($898,000) of total deposits to report their assets, Han reported his overseas bank account information in June 2011 and belatedly paid his taxes the next month.

According to the statement that he submitted to the National Assembly for his confirmation hearing, he paid nearly 178 million won in income tax on July 11, 2011 for his income earned from 2006 to 2010. Based on the amount of the payment, a tax expert told the newspaper that Han’s hidden overseas assets were suspected to be at least 2 to 3 billion won.

With his resignation, Han became the sixth top nominee of the Park government to give up a post. Starting with the botched nomination of Kim Yong-joon, a former Constitutional Court chief justice, as her prime minister, several nominees have bowed out for various reasons.

Last week alone, three top nominees gave up their posts. Hwang Chul-joo, CEO of Jusung Engineering, gave up his nomination to head the Small and Medium Business Administration, due to concerns about his personal assets.

Kim Hak-eui, vice minister of the Ministry of Justice, resigned after he was implicated in a sex-for-influence scandal and Kim Byung-kwan, Park’s defense minister nominee, stepped down over various scandals including hiding stock ownership in an overseas resources developer.

The DUP yesterday demanded that President Park apologize for her botched appointments and reprimand and replace the Blue House civil affairs officials.

“It was a disaster waiting to happen with her self-righteous appointment style and poor vetting system,” said Representative Park Ki-choon, floor leader of the DUP, calling Han’s withdrawal “the latest domino to fall.”

Moon Hee-sang, the DUP’s interim head, also said Park must apologize to the people and admonish the responsible presidential aides.

“Various accusations unveiled during the vetting processes must also be investigated,” he said.

The ruling Saenuri Party was baffled by the withdrawal of yet another top nominee and raised concerns that the Blue House aides in charge of the appointments and vetting of the candidates must assume responsibility.

“The Blue House must thoroughly investigate what went wrong and immediately make modifications,” said Representative Lee Sang-il, spokesman of the Saenuri Party. “It needs to improve its vetting system and punish those responsible for the failures.”

Representative Cho Hae-jin also said in an interview with the Buddhist Broadcasting System that Park needs to replace her Civil Affairs Senior Secretary Kwak Sang-do if he is not capable of handling important tasks.

He also railed at the Park Blue House for having failed to operate a proper vetting system even one month after its launch.

“During the transition period, the president-elect doesn’t have the full power to operate the government offices to vet nominees and access to information, so it was somewhat understandable,” he said. “They are in a position to vet the candidates, but we still see mistakes, and this is clearly a problem.”

“It is unacceptable to see the sixth failed nomination since the administration’s launch,” said a senior Saenuri official. “Without a thorough reform of the appointment system, this government cannot succeed.”

Han was the sixth top nominee to withdraw among the ministerial and vice-ministerial-level aides, but so far, Park made a total of 12 botched appointments since she began operating the presidential transition team. The bungled appointments began when Choi Dae-suk, who was in charge of the unification affairs in Park’s transition team, abruptly quit in the middle of his job.

Although Park followed through with her election pledge to create an appointment committee in the Blue House and named her chief of staff, Huh Tae-yeol, to head the team, its members are reportedly composed of mostly her loyalists, including Political Affairs Senior Secretary Lee Jung-hyun and General Affairs Secretary Lee Jae-man. The Blue House also refused to disclose the full lineup of the committee.

As criticism continued to rise that the appointment committee is not capable of vetting candidates fairly and objectively, a presidential aide said the team was unable to work properly due to the delayed passage of the government reorganization bills and the subsequent holdup in its legal launch.

“A president makes appointments to 2,500 posts,” said Kim Kwang-woong, president of Myongji College, who served as the Civil Service Commission in the Kim Dae-jung administration. “In the Roh Moo-hyun government, 22 people worked on the appointment team, while 11 served on Lee Myung-bak’s team. But Park now has only four people. It doesn’t make any sense that these four can vet all 2,500 people.”

“The top-down appointment by the president is undesirable,” said Hong Sung-gul, public administration professor of Kookmin University. “It will keep causing more trouble.”