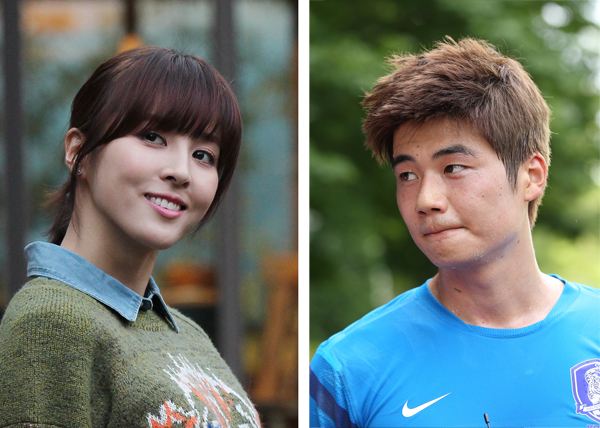 Footballer Ki Sung-yeung currently playing in the Premier League revealed on Twitter yesterday that he has been dating actress Han Hye-jin who is eight years his senior.

“I’ve been careful because we haven’t been dating for too long, but I wanted to be honest about us dating as we haven’t done anything wrong,” said Ki. “I’ve been thinking when to reveal [the news], and we will keep things happy.”

The speculation over their romantic relationship rose to the surface after an exclusive report by Ilgan Sports about Ki’s shoes inscribed with “HY SY 24.”

The number belongs to Ki in the English Premier League as he currently plays for Swansea City.

However, as Ki did not specify when they started dating, the public’s attention has now turned to the timing of Han’s breakup with Naul of Brown Eyed Soul.

Han dated him for nine years and announced that they broke up in December. Her agency was not able to be reached for further comment, according to Ilgan Sports. By Lee Sun-min