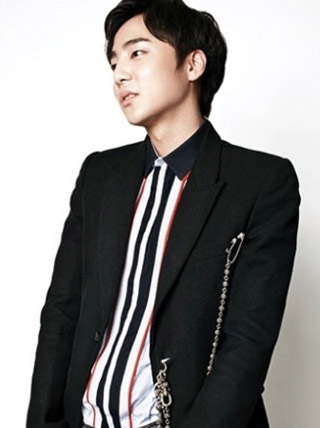 Roy Kim, winner of Season 4 of “Superstar K” on cable channel Mnet will perform with pop singer Jason Mraz when he travels to Korea on May 17 at Jamsil Sports Stadium, southern Seoul.

“Roy Kim has often said Jason Mraz is one of his favorite musicians and that he listens to Mraz’s music, so we were delighted to accept the invitation to the concert as a special guest,” said the agency, CJ E&M.

“[Kim] has experience performing at large events, including in the final round of ‘Superstar K’ [and elsewhere], so we anticipate an impressive performance for the around 20,000 music fans.”

“I like Jason Mraz’s music, and I’m happy to be performing on the same stage as him,” said Kim. “I’ll put forth my best effort for a good performance.”

It will be the sixth time in Korea for the American pop singer who is much beloved by Korean fans. Concert organizers have also invited British pop star Joe Brooks and local electronic band Idiotape, a trio of three DJs, as special guests. By Lee Sun-min