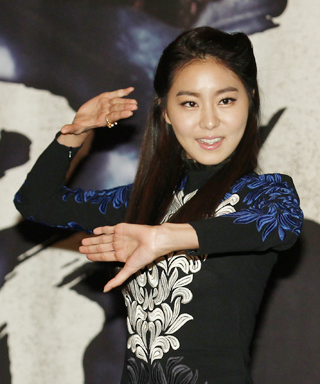 Two MCs of KBS weekly music show “Music Bank” will step down, although the replacements are yet to be named.

Uee, a member of girl group Afterschool, and actor Lee Jang-woo of MBC drama “I Do, I Do” and MBC reality show “We Got Married” have been on the show for the past 15 months.

Uee’s last appearance on the show was on Friday, and Lee’s will be this coming Friday.

Uee was going to say goodbye to fans in this week’s show, but overseas commitments left her no choice but to leave a week early than previously anticipated, according to local media reports.

An official at KBS was quoted as saying that the production team is still looking for replacements.
A temporary MC will work with Lee on Friday’s show in the meantime.