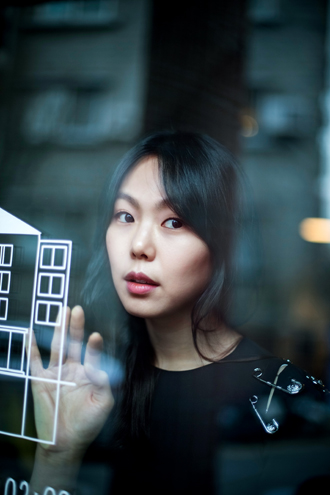 Actress Kim Min-hee is famous for her coveted body and distinctive fashion sense. But those were not the only ways the actress wanted to be described. She always aspired to be recognized as an actress instead of just ?a fashion icon. Through numerous performances ?over a decade, she has proved her acting chops?. But it was not an easy journey for the model-turned-actress.

The 31-year-old first ?became famous as a cover girl in 1999. Thanks to her unique beauty, she had lucked into appearing on the hit drama “School 2” as a rebellious high school girl, wh?ich ?launched her to stardom. She enjoyed the popularity, appearing on ?TV dramas and movies. However, a string of poor acting performances brought her crushing reviews.

Despite harsh criticisms, Kim kept honing her acting skills and it ?paid off when she starred in the drama “Good-bye Solo” in 2006. ?Roles in other movies such as “Hellcats/ I Like It Hot” in 2007 and “Actresses” in 2009 helped solidify her career.

She ?kept ?stretching the limits of her acting range by playing a mysterious girl who disappears ahead of a wedding in last year’s psychological thriller, “Helpless,” in which she showed such a striking screen presence that she won the best actress award by Buil Film Awards last year.

Recently, the versatile movie star is earning rave reviews for her performance in the recently released movie “Degree of Love.”

“Degree of Love” tells the story about an on-and-off couple of three years. It’s not a typical romantic movie in which two leads unconditionally are devoted to each other. Instead, it brings reality into play. It is full of bickering, foul words and even physical fights, but sometimes sparking romance that makes viewers’ hearts flutter.

Ilgan Sports, an affiliate of Korea JoongAng Daily, recently sat down with the actress to talk about her latest movie.

Q. The character you played in the movie and your personality seem to have a lot in common.

A. Jang Young, the role I play, pretends to be strong to hide her weakness just as I do. So I could fully get into her while performing the character. But the attitude toward her boyfriend is totally different. For example, she gets back at her ex-boyfriend for trivial things but I don’t keep things inside.

What was it like to work with your co-star Lee Min-ki?

We got close very quickly, so I could work without any trouble. He is three years my junior and also my junior in the modeling field. So I felt comfortable with him. I guess he thinks the same way with me. [Laugh] I thought he is pure and innocent when I watched him on his drama. He actually is. He was a good partner.

You mostly wear no makeup in the movie. You must have put a lot of effort into taking care of your skin.

I tried to avoid wearing makeup so the character could be seen as a more real-life character. I have cared my skin for so long so I didn’t have to intensively care for my skin. But since I turned 30, I pay more attention. Actually, Min-ki asked me to drink together several times during the production. But I had to turn down his offer because of my skin. I feel sorry for him about that. 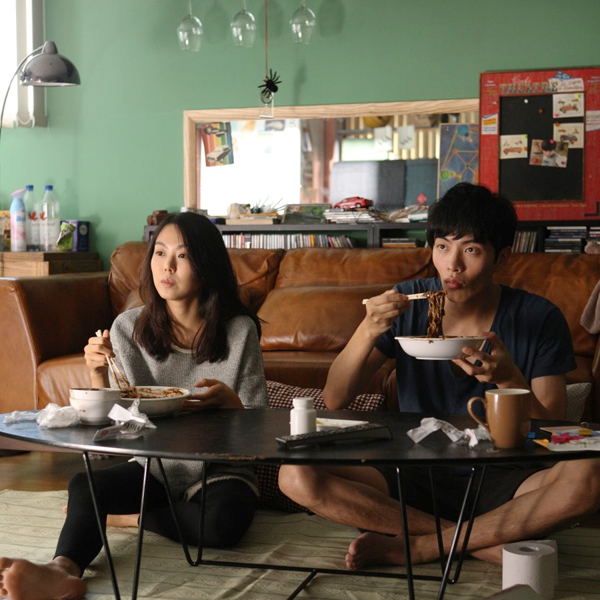 The romance film “Degree of Love” spotlights the ugly sides of relationships. Provided by Lotte Entertainment

There is a scene where you two exchange shots of alcohol. Did you really get drunk?

I did seven movies in 14 years after “School 2.” But in none of them I drank to better act. I know I could appear more realistic in drinking scenes if I actually drink. But I’m more concerned if it could harm the whole frame of the production. But I think it is worth giving it a try if I work with director Hong Sang-soo [who is known for a spontaneous filming style].

The physical fight scene is quite impressive.

It was hard to express externally while suppressing my emotion. It was not only mentally demanding work but physically exhausting. After all, it helps me to summon up the emotions. We were so immersed in the scene that my skin was chafed and bled while taking the scene.

Have you ever had fisticuffs with boyfriends?

No way, you know it’s not normal. Of course, it’s likely to happen if men start the fight.

Was there any particular scene you sympathize with your character?

Yes, when she has a meal with her family the day after the break-up. She spits out any random words to look fine. I sounded like I was speaking an unknown dialect. Just like her, I don’t express my emotions when I’m going through tough times. Sometimes I burst into tears when I feel like I’m being understood by someone. But the situation makes me more depressed. So I act as if there is nothing going on.

How was your bed scene?

I shot the scene without difficulty. What’s interesting is that we were not naked and it was not steamy. The director always put the actors’ emotions first and tried to bring the emotions into the lens. She delicately filmed the kisses and light touches. So it could be turned into a sweet bed scene. I love it.

I’m not involved in any relationship. Sometimes I want to get married, watching my friends getting married. But now I want to focus on building my career.

What strong point do you think you have?

I think I need to wait and see to confidently say something is my strong point. I don’t want to make up my image. I believe I will have my own virtue if I keep working.