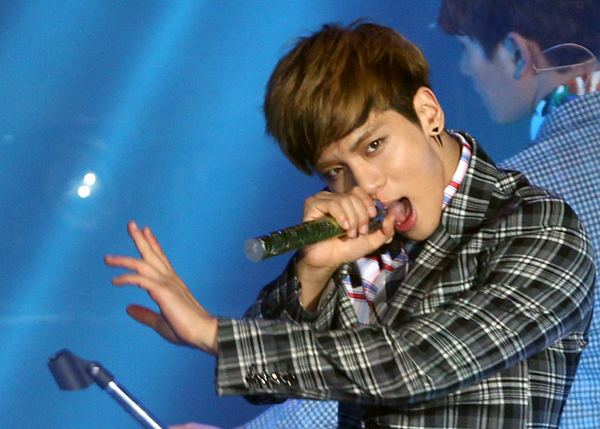 Jonghyun of SHINee won’t join fellow group members for a promotional event as he recovers from a car accident that broke his nose.

The star drove into a guardrail on Dongbo Bridge on Monday as he was traveling to his dormitory after visiting home.

SM Entertainment told local media that his nose is still swollen and surgery had to be delayed.

In the meantime, the four additional members of the group left for Japan to promote their new song “Fire,” which was released there last month.