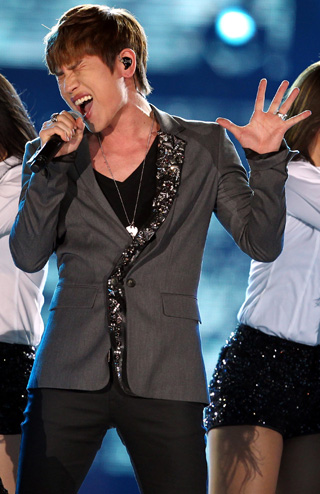 New song “Love Blossom” of K.Will was ranked No. 1 on many of the local music charts soon after his album of the same title was released yesterday.

Other songs, “Spring Memories,” “Lay Back,” and “Memories Ringing” on his third regular album were also ranked high on the charts. The new album includes a total of seven tracks, all inspired by the new spring season.

The new song, composed by music producer Kim Do-hoon, is based on the urban soul genre. It has a funky rhythm over a piano sound on the background.

After he released the album at noon yesterday, he also made a comeback staged on cable network Mnet’s “M Countdown.”