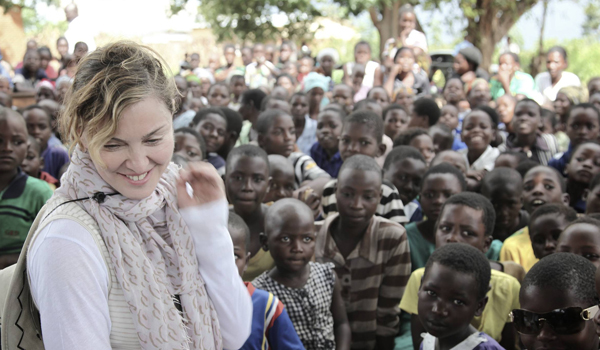 LONDON - Madonna is selling an abstract painting by French artist Fernand Leger worth up to $7 million, saying she wants to trade something valuable for something invaluable - art for education.

The singer said she was selling the painting, “Trois Femmes a la table rouge,” to raise funds for girls’ education projects in Afghanistan, Pakistan and other countries where female education is rare or nonexistent.

The move comes as Madonna is in Malawi, southern Africa, home of her two adopted children, where her plans to build 10 schools have sparked controversy over costs and mismanagement and a project for a school for 400 girls collapsed last year.

Madonna, 54, said selling the 1921 painting, which she bought at auction in 1990, combines her passions for art and education by raising funds for the Ray of Light Foundation.

“I cannot accept a world where women or girls are wounded, shot or killed for either going to school or teaching in girls’ schools. We don’t have time to be complacent,” Madonna said in a statement.

“I want to trade something valuable for something invaluable - educating girls!”

The painting will be auctioned by Sotheby’s in New York during an Impressionist and Modern Art sale on May 7.

Madonna is not the only star seeking to take a role in boosting girls’ education in developing countries.

Earlier this week actress Angelina Jolie opened a girls’ school in Afghanistan and announced plans to fund more by selling a jewelry line.

Oprah has also been involved with building a school in South Africa.

However, that project ran into trouble with a staff member arrested on charges of assault and abuse of students. Reuters