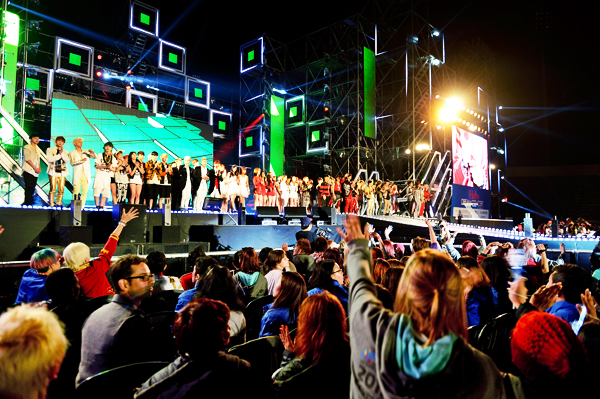 The annual “Dream Concert” in which major K-pop singers perform will be on May 11 this year at the World Cup Stadium, southern Seoul.
The 19th edition of the concert will be organized by Korea Entertainment Producer’s Association.
A total of 21 teams are lined up including Beast, SHINee, Infinite, 2AM, Girls’ Generation, KARA, Sistar, 4Minute, T-ara, Secret and others.
“K-pop has become the major hallyu maker from ‘Dream Concert,’” said Chairman Kim Young-jin of the producers’ association.
“The concert has contributed in formatting hallyu and growing the market for it, and we are preparing for another momentum to create new value added onto the name of the concert,” Kim added.
Prior to the concert on May 11, there is going to be a red carpet event so fans can observe the current trends in fashion.