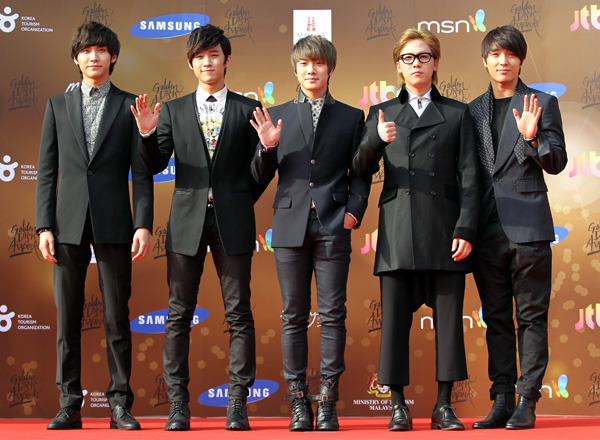 On Saturday, the five-member group will hold a concert named “Take FT Island” in Beijing as part of its Asia tour. The tour began in Seoul in September and then moved to Hong Kong, Taiwan and Shanghai.

The group will have a Singapore concert on July 27, and another one in Hong Kong on Aug. 24.

On top of its Asia tour, it will simultaneously hold an “Arena Tour” in Japan starting June.

The first event will start on June 15 in Miyagi and then move to Shizuoka on June 22, and Nagoya and Osaka by the end of June.

Then, it will move to Nagano in July and end with a two-day concert in Tokyo on July 11.

FT Island plans to release its third regular album “Rated-FT” in Japan in June. Late last month, the group released its 10th EP “You Are My Life” there.

The group’s much-loved EP “Jump Up” from four years ago also recently returned to the top of music charts in Taiwan.