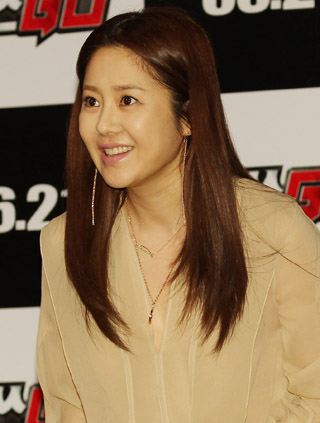 Go Hyun-jung is returning to dramas for the first time in three years, her agency said, ?after her previous? work in the SBS drama “The President” in 2010.

In the upcoming MBC drama, tentatively named “Queen’s Classroom,” she will play a teacher trying to discipline and educate her students for a year.

The teacher named Ma Ye-jin has a charismatic but cold character.

“This drama came fresh because it looks like it has a different style and concept from any other previous drama featuring incidents at a classroom,” the agency said.

“And [Go] was interested in acting as a teacher as she has never played the role before.”

The agency added that Go is excited about the drama as she will get to closely work with the youngsters.

As ?she has decided to take part in a school drama, it is expected that the piece will create a social debate on Korea’s education system and everyday life of students.

It will be aired in mid-June, after the ongoing drama “When A Man Loves” is over.