T-ara N4 will have debut in May

T-ara N4 will have debut in May 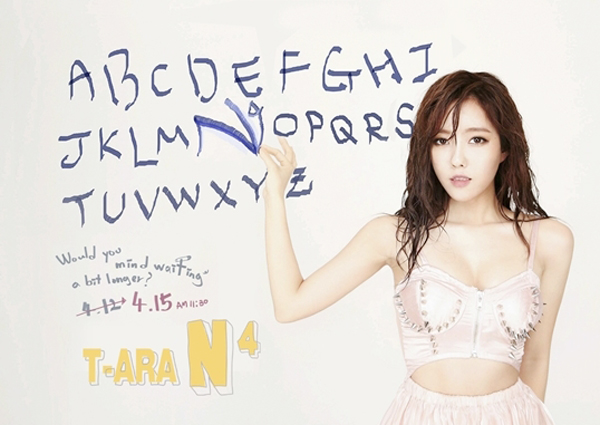 T-ara’s sub-unit group at last has a name. A teaser featuring group member Hyomin was released yesterday with the announcement that the unit will be called “T-ara N4” and consists of members Eunjung, Hyomin, Jiyeon and Areum.

According to the agency Core Contents Media, the name stands for “Brand New 4” and will reveal an edgier, sexier and more fashionable side of the girl group.

The sub-unit is a first for T-ara in Korea since its 2009 debut. The four members of the seven-member group were picked for their “good chemistry.”

However, in Japan, the group tried breaking into three sub-groups to record an album. The sub-unit will release its first single next month?, a nostalgic piece that will appeal to all ages.

Although the group has remained active, its popularity waned after last year’s scandal in which the youngest member, Hwayoung, was booted from the group.

No official statement was made, but Hwayoung was said to have been bullied by other members.