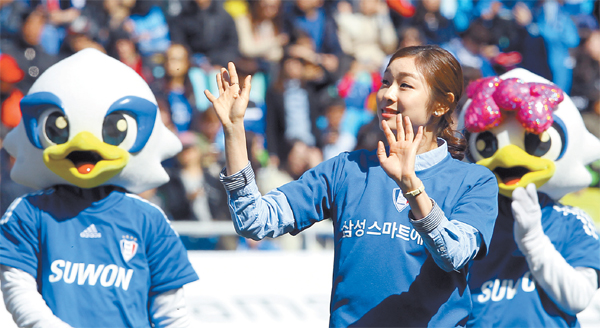 Olympic figure skating gold medalist Kim Yu-na reacts to cheers from spectators yesterday at the Suwon World Cup Stadium during halftime of the K-League Classic match between FC Seoul and the Suwon Bluewings. The metropolitan rivalry, dubbed by FIFA as Asia’s top derby, is one of the most popular in the Korean league. [NEWSIS]