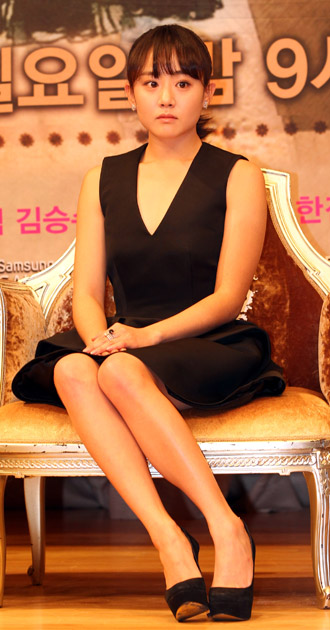 Moon Geun-young, of the hit drama series “Cheongdamdong Alice” and “Cinderella’s Sister,” will return to the small screen in July in a periodic drama. It’s the first time in five years that Moon will act in a period drama.

In the drama tentatively named, “Goddess of Fire, Jeongi,” Moon will play the first female potter of the ancient Joseon Dynasty (1392-1910), who becomes the nation’s best pottery artisan.

“Moon has been practicing pottery-making recently and focusing on analyzing the character she’s going to play,” her agency said. “It is the first time for a period drama to focus on the life of a potter; she is putting forth the best effort to make the character come out perfect.”

It’s not the first time Moon has played the role of a professional craftsman. Five years ago, Moon portrayed Shin Yun-bok, a renowned Joseon painter, on the premise that the artist could have been a woman, based on the historical novel by Lee Jung-myung, in a drama titled “Painter of the Wind.”

The new drama will air after the ongoing MBC drama, “Gu Family Book.”