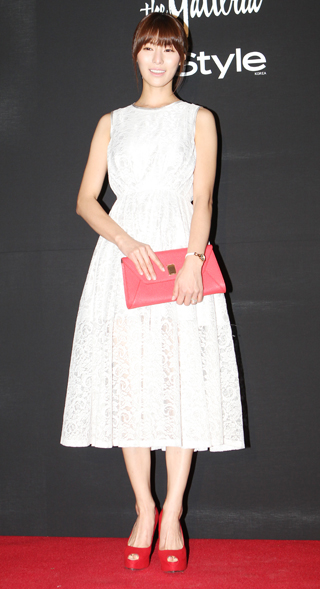 Actress Kim Jung-hwa will marry composer and missionary Yu Eun-seong in the fall, according to an exclusive report by Ilgan Sports, an affiliate of the Korea JoongAng Daily.

Kim is currently preparing for the wedding and choosing the venue.

The relationship has been common knowledge among a volunteer group named Korea Food for the Hungry International for which both are public ambassadors.

Kim first got to know Yu last year when she published her book “Hello, Agnes,” which details her entertainment and volunteer experiences.

The memoir depicts her personal interactions with a Ugandan child named Agnes whom she has supported since 2009.

Yu composed an EP of the same title to be released with the book.

Afterward, they become close sharing their volunteer experiences and religion.