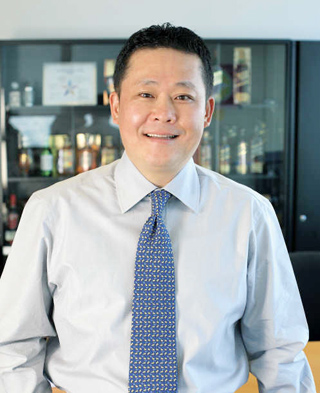 The Diageo Korea Foundation will embark on charity activities from July 1, spending 1 billion won ($897,000) annually over the next five years in cooperation with the Ministry of Gender Equality and Family to support socially vulnerable people.

“Planned activities include not only financial sponsorship but also active support to help social groups stand on their own,” Kim said.

The launch is part of Diageo Group’s Plan W targeting the Asia-Pacific region.

The company announced the plan last year to improve the social status of women. It will help them become financially independent by educating two million women in 17 countries across Asia, by injecting into the project $10 million by 2017.

“We have been seeking an opportunity to contribute more to Korean society since the advent of Plan W,” Kim said. “We established infrastructure to be more responsible corporate citizens by launching the foundation in addition to the support activities that we already do for children raised by grandparents and those with visual impairments.”

The government seemed pleased with the move.

“We welcome Diageo Korea’s establishment of a charity foundation. We hope to become good partners and work together to solve emerging social issues and assist socially vulnerable groups,” a ministry official said.