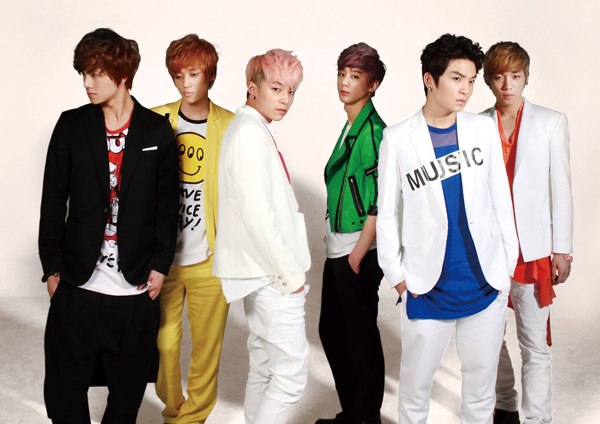 Boy band Teen Top will release a special edition of its first regular album on April 29 after releasing the music source four days in advance.

The group said it had put together a special album, “No.1 Repackage Special Edition,” to thank its fans for the love they showed for the first album, titled “No.1,” which was released in February.

In the special edition, the group included 12 songs which were listed in the regular album, plus two more new songs, “Walk By” and “My Stomach Hurts,” and two DVDs with recordings of the group’s previous hits.

“Walk By,” produced by Brave Brothers, features a mild vocal sound mixed with rap. Because the new song is a bonus track to thank its fans, the group included all the dance moves that fans loved to match the song.

“Walk By” will be performed in the group’s solo concert at Korea University for two days from May 11.

To make the concert more like a party scene, backup dancers will hold a poster saying “Teen Top” to make fans feel like they are onstage with the group members, according to the group’s agency.