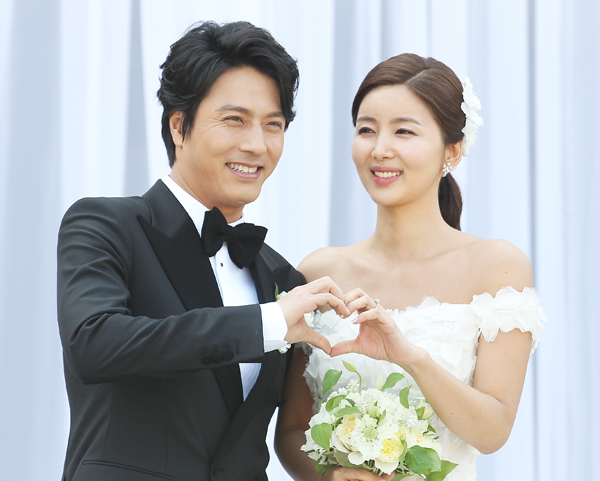 The wedding between actors Han, 39, and Park, 35, was held at the Sheraton Grande WalkerHill Hotel in Gwangjin-dong, eastern Seoul, last night. Many fellow actors and celebrities attended the wedding as guests, including actor Jang Dong-gun, who hosted the first half of the wedding. Another actor, Kong Hyung-jin, hosted the other half.

Han and Park Sol-mi became lovers after being cast together in a KBS drama in 2010. They were rumored to be near a breakup last September.

“It’s not love that was made overnight,” Han said in a pre-wedding media conference yesterday. “We have built up feelings toward each other little by little, and eventually, I decided to marry her.”

The couple will honeymoon in Bali.