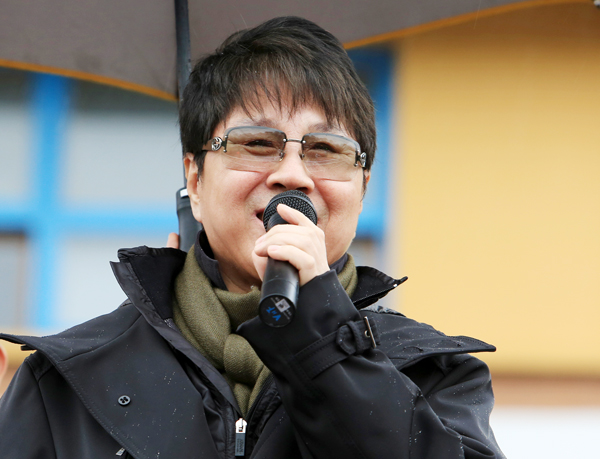 Hundreds of fans of veteran singer Cho Yong-pil showed their excitement about the singer’s first album in a decade yesterday.

From early morning, fans began to line up to purchase “Hello.”

One fan said he went to Youngpoong Bookstore in Jongno District, central Seoul, at 1 a.m., according to a local media report.

The bookstore distributed numbered tickets from 6:30 a.m. to prevent multiple purchases of the limited-edition signed album.

In addition, “Hello” has been quite successful, topping all nine local music charts.

To celebrate his return to the music scene, Cho held his first-ever showcase to meet with fans at Olympic Park in Songpa District, southern Seoul.

Cho will also have a solo concert from May 31 to June 2 at the same venue.