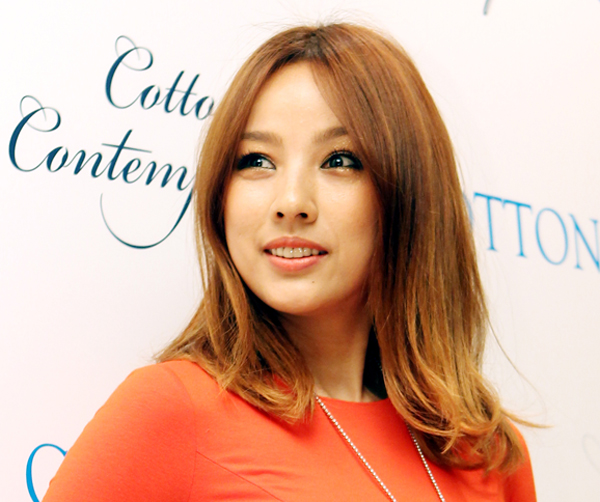 Lee Hyo-ri released a teaser video for her upcoming album yesterday, signaling her grand comeback to the music scene in May after a three-year break.

Her teaser “What Are You Doing, Hyori?” was released at noon in five different themes: “Ready,” “Unique,” “Bad,” “Holiday” and “Like.”

In the video “Ready,” the singer shows herself getting ready in a powder room and changing garments, while “Unique” shows Lee posing for Vogue Korea, which released photos of her in retro garments last week. She poses with a guitar in “Bad,” and in “Holiday” Lee is caught enjoying her everyday life and going to a fashion show.

“In the teaser video, [fans] can understand how her life has been as she has been preparing for the comeback,” said the agency, according to local media reports.

Lee also promoted her new teaser. “I think [my] album teaser is going out, and anyone who is bored, anyone who has nothing to do, take a look at it,” she tweeted.