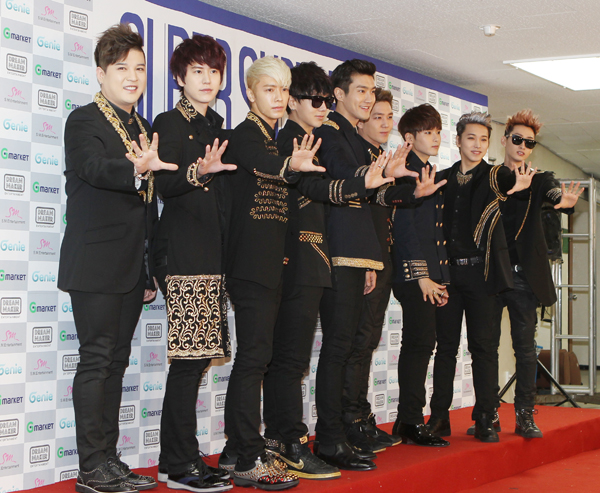 In the first Super Junior concert in Brazil on Sunday, almost 150 fans collapsed from cheering and were taken to the hospital, according to local media reports yesterday.

The on-call doctor at the concert confirmed that all the fans have recovered and said it is abnormal to have so many people collapse at once.

Roughly 10 fans fainted from joy at seeing their favorite stars in person even before the actual concert began as they were shouting, stamping their feet and clapping.

To prevent more fans from loosing control, the group cut short some interactive parts of the concerts.

“I felt so upset when I saw security guards carrying fans out while I was singing,” Shindong sang.

“When we sing “Rock Star,” we repeat the phrase “One more, one more.” We wanted to make a record for the most repeats, but after [seeing so many people collapse], we had to stop.”

A total of 8,000 fans attended the concert that opened the group’s tour in South America.