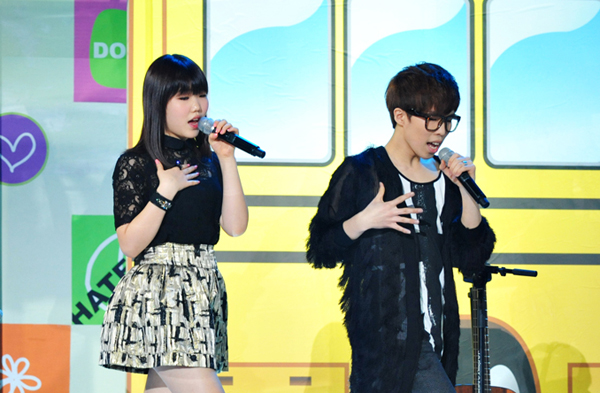 The duo of Lee Chan-hyuk and his younger sister Lee Su-hyun wrote the lyrics and composed the song, which is the soundtrack for SBS drama “All About My Love,”

In the music video, Su-hyun acts as if she is dating actor Lee Hyun-woo to show the “butterfly-in-stomach” feeling at the start of a relationship. The actor was chosen as Su-hyun has often mentioned him as her favorite star. The music video will be released in early May through SBS’ Web site.

Meanwhile, the duo went back to Mongolia with their parents on Monday. The two will return in early June after resting and then decide with which agency they will start their professional careers.

The sibling will reportedly use the 300 million won ($268,000) in prize money from the audition program for a good cause, although they have not yet determined the details. By Lee Sun-min