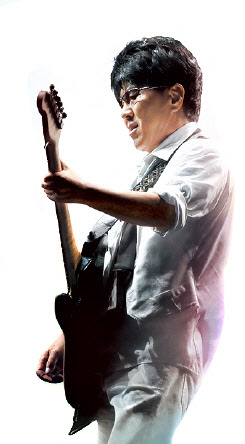 Veteran singer Cho Yong-pil has decided to do remaster his songs, although his 19th album released Tuesday was said to have the best quality sound.

Cho’s agency YPC Production said Cho expressed his will to do so, according to local media reports.

“Although such sound quality is the best to company officials and to the public, Cho thought he wanted to bring something that he can be satisfied with to the public and then decided to work on mastering again,” said the agency.

It has been said that he has completed the mixing of his new album twice and mastering three times in the past year and a half as he traveled to five different countries.

The agency also said Cho’s 19th album will come out in LP as well.

“It will bring some different tastes from listening to the [music] on CD,” said the agency.