Sung Yu-ri isn’t worried about her Fin.K.L past in upcoming SBS drama

Sung Yu-ri isn’t worried about her Fin.K.L past in upcoming SBS drama 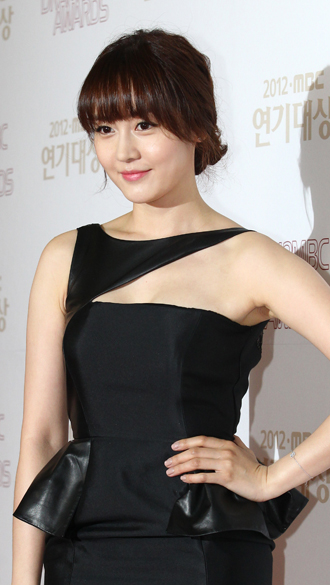 Sung Yu-ri said her image as a member of ’90s girl group Fin.K.L would not interrupt her acting in the upcoming SBS drama “Secrets about Your Birth” as another member of the group, Lee Jin, also plays a role in the same work.

“I was worried at first as [people] take [us] not as characters of drama, but just as members of Fin.K.L,” said Sung at the press conference for the drama yesterday.

“However, as we have matured now, and as we filmed, I had come to worry less about it.”

The two will play the roles of best friends from high school in the drama. Sung plays Jung Yi-hyeon, who fails to remember anything from 10 years go, while Lee will play Lee Sun-young who remembers everything. Later on, Lee tries to take Jung’s boyfriend.

The drama will be aired for the first time on Saturday.