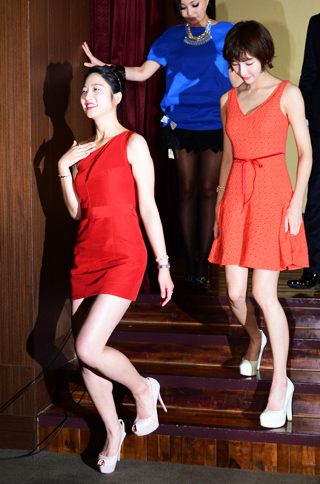 Lee Hae-in, right, steps down from the stage yesterday after a press conference promoting her newest drama. 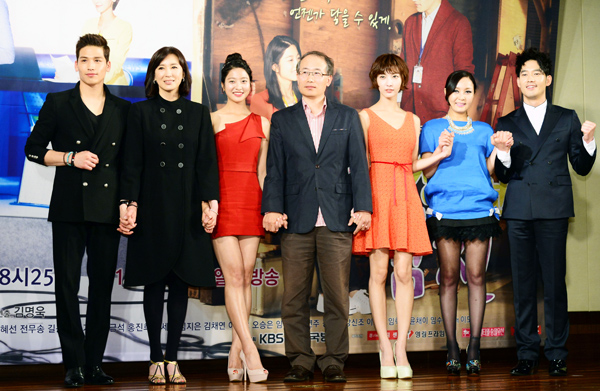 Stars from “Sweet Springs” pose together yesterday at a press conference in Yeouido, western Seoul. 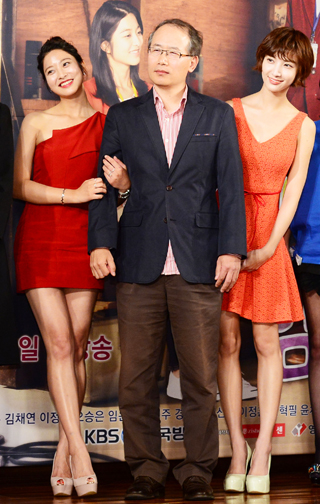 Lee Hae-in, who rose to fame in tvN’s “Roller Coaster” (2009), will star in the upcoming KBS drama “Sweet Springs.” KBS held a press conference yesterday in Yeouido, western Seoul, to announce that Lee will play an adoptee who later becomes a successful announcer at a broadcasting company.
[NEWSIS]