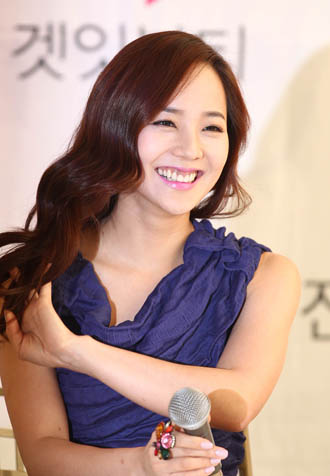 Eugene, former member of 1990s girl group S.E.S., said that she was selected to be in the entertainment industry thanks to H.O.T, during MBC talk show “Knee Drop Guru” on Thursday.

She lived in Guam while H.O.T took a vacation there, so she went to see the popular group at the airport, she recalled.

“Then the manager [of the group] suddenly asked me to be a translator after I gave H.O.T a necklace made of candies,” she said, adding that she was 17 at the time.

“The manager asked for my contact information, and then I met Lee Su-man on my way home and he asked me if I was interested in the [entertainment] industry.”

Then a few days later, she got a call that she should come to Korea for an audition at SM Entertainment.

“At the time, many of the Korean emigrants dealt with their homesickness by watching Korean dramas or listening to Korean music,” she said.