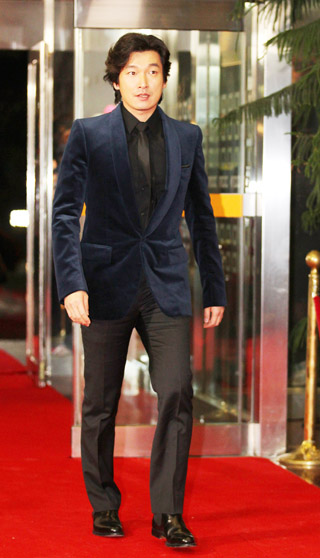 Actor Jo Seung-woo will return to the musical industry after his TV appearance in the MBC drama, “Horse Healer,” which recently ended its run.

His return to musicals is garnering more public attention because he has decided to take the role he previously played in “Hedwig and the Angry Inch.”

“Jo was eager to take part in [the musical] despite the surge of requests from [companies] that are hoping to work with him,” said Shownote, the agency organizing the musical.

The monologue style of rock musical was introduced in the United States in 1998 and was brought to Korea in 2005. Jo was the lead character, Hedwig the transgender, from 2006 to 2007. It has been said that Jo’s performance made the musical more popular in Korea.

Because of his performance, Jo also received casting calls from a variety of musical production companies afterward, boosting his status as a musical star.