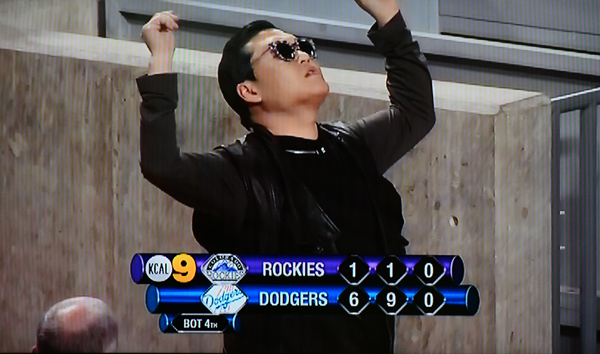 World has a new Guinness world record: this time for “Gentleman,” which was viewed the most in 24 hours on YouTube.

The video hit 38 million views within 24 hours of its release last month and has been played more than 200 million times.

Previously, Psy earned the records for Most Viewed Video Online, First Video to Reach One Billion Views, and Most “Liked” Video Online.

He showed dance moves from “Gentleman” at the stadium before the fourth inning. The visit was organized after a video of Ryu dancing to Psy’s hit song “Gangnam Style” was posted on the official Web site of Major League Baseball last month.

Ryu posted the link on his Twitter with a message saying that the LA Dodgers loved the video. Psy then tweeted that he would visit Ryu during his trip to Los Angeles.