Will Smith will visit Korea next week

Will Smith will visit Korea next week 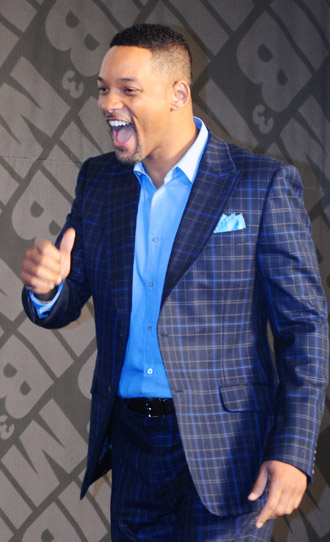 Will Smith, a Hollywood star perhaps best known for his role in “Men in Black,” will visit Korea next week to promote his new movie “After Earth” with his son Jaden.

The announcement came about 30 days before the release of the movie on May 30 from Sony Pictures Korea, importer and distributor of the movie here.

He will participate in a press conference to meet with local reporters and appear at many events to meet fans during his three-day stay in the country.

In his latest action flick, a father and son land on earth about 1,000 years after some catastrophic events forced humans to escape from the planet.

This is Smith’s first collaborative work with his son since the 2006 film “The Pursuit of Happiness.”

The movie’s local release comes a day before its release in the United States.

Smith was last in Korea about a year ago on a trip to promote the third edition of the “Men in Black” series.