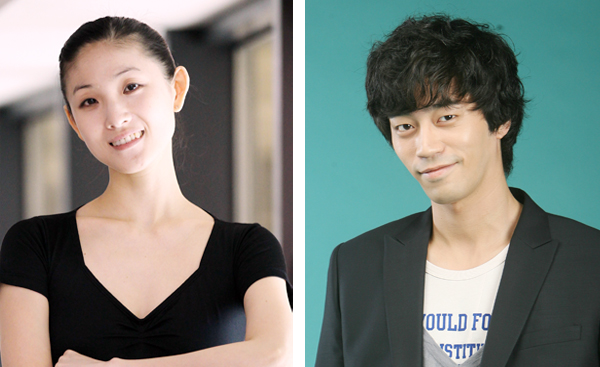 Actor Shin Sung-rok, 31, and ballerina Kim Joo-won, 35, are rumored to have been in a romantic relationship for more than 10 months, according to media reports.

The two celebrities denied the rumor and said they are just good friends.

“They are close friends who meet often, but there is nothing more to it,” said an official at Shin’s agency, HB Entertainment, according to reports.

The two became close as Shin was working with Kim’s colleagues at her agency in the musical, “The Count of Monte Cristo.” As they have more chances to meet in groups, they started to grow feelings for each other while talking about music and performances.

Shin, who debuted in 2003 on the SBS drama “Shoot for the Stars,” went to see Kim’s ballet performance in April. Shin is serving his mandatory military service as a civil servant.

A former prima ballerina for the Korea National Ballet, Kim left the group last year after working with it for the past 15 years. She is a judge on the ongoing MBC dance program, “Dancing with the Stars 3.”