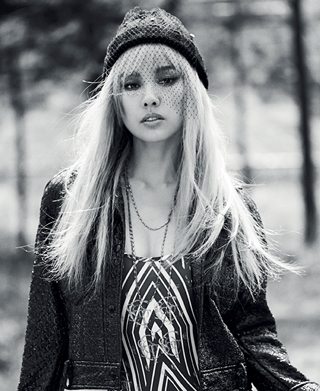 Lee Hyo-ri released a teaser video for her upcoming song, “Miss Korea,” yesterday through major online music providers and her official channel on YouTube, signaling the comeback of the “Sexy Queen.”

In the video, she was announced as the winner of the regional beauty pageant from North Chungcheong, a primary competition before the national pageant, “Miss Korea.”

The black-and-white video features the melody from her upcoming song. It is said that she contributed to writing and composing the song.

“Because I’m a Miss Korea,” says Lee in the video while dancing in costumes with back-up dancers.

The complete version of the song will be released on Monday, ahead of the entire album release on May 21.

Before the release of the teaser video, she released five videos of her being photographed for Vogue Korea last week. In those black-and-white videos, she is shown getting ready in a powder room and changing garments.

It has been three years since she released her most recent album, “H-Logic.”