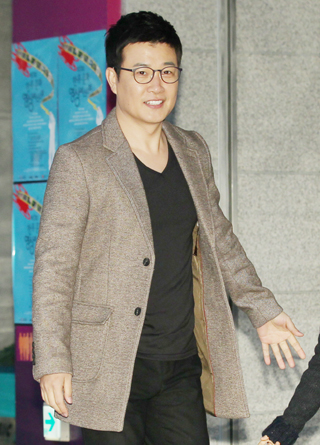 Kim Sung-ju will continue to host “Superstar K” for the fifth season, Mnet announced on Friday.

“Some say that if there’s Ryan Seacrest for 12 years on American Idol, a major audition program in the United States, there is Kim Sung-ju for ‘Super Star K,’?” said CJ E&M, the production company for the show.

He has developed his own catchphrase on the show, “It will be released in 60 seconds,” that is used whenever there is a neck-and-neck competition between contestants and the audience is anxiously awaiting the result. It earned him the nickname “Man of 60 Seconds.”

“Superstar K,” which started in 2009, has introduced many talented artists to the entertainment industry including singer and actor Seo In-guk of “Respond, 1997.” Busker Busker, one of the contestants in the third season, garnered much public attention after its song “Cherry Blossom Ending” topped local charts once again this year after becoming quite popular about a year ago.