2PM comes back with ‘Grown’

2PM comes back with ‘Grown’ 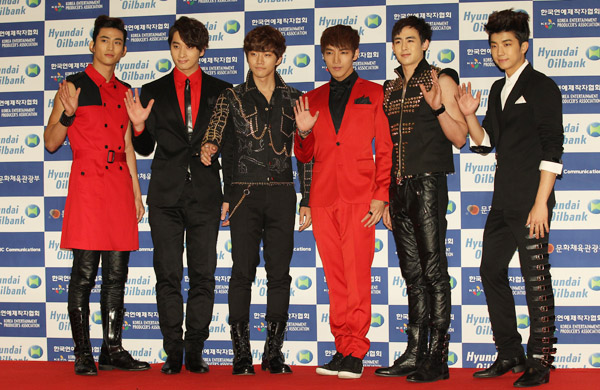 The title song, “Listen to This Song and Come Back” - released on the same day as Lee Hyo-ri’s comeback song, “Miss Korea” - was ranked high on local music charts but missed the top spot.

The comeback album breaks the group’s two-year hiatus from the local music industry and shows how the six members have grown as musicians.

However, the group’s agency has yet to release another title track, “All Day I Think of You.”?

Suzy of girl group Miss A, from the same agency as 2PM, also promoted the new song by the boy band.

“I love the new song, ‘Listen to This Song and Come Back,’ and [the group’s] comeback!” she said.