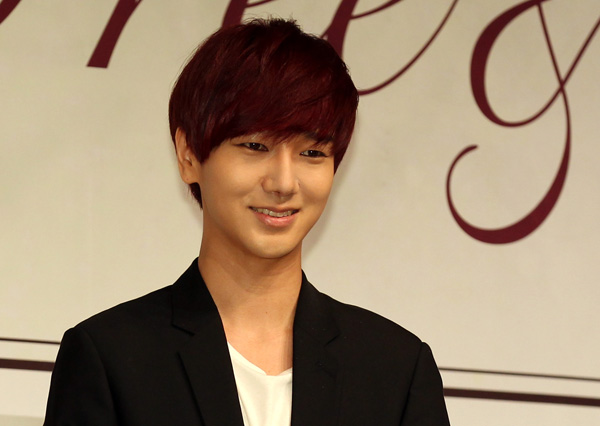 Super Junior member Yesung began his mandatory military duty yesterday with four weeks of basic training at a base in Jeonju, North Jeolla. No official event to announce the enlistment was scheduled as Yesung had expressed his will to keep it quiet, saying it is not just him who fulfills military duty.

However, he did leave a short goodbye note to his fans on Twitter the day before his enlistment. Considering the international fan base of the group, he left the message in English. “I will miss it all. Stages, songs ... I look forward the day we meet again, ELF,” he addressed the group’s official fan club by its name ELF. “No worries, love you all!”

After the four weeks of training, he will serve as a civil servant for 23 months at a public office.

In addition to Yesung, two other members of the group are currently serving their military duties. Heecheol has been a civil servant since September 2011. Another member Leeteuk is serving as a military soldier, while Kangin completed his service and has reunited with the group. By Lee Sun-min