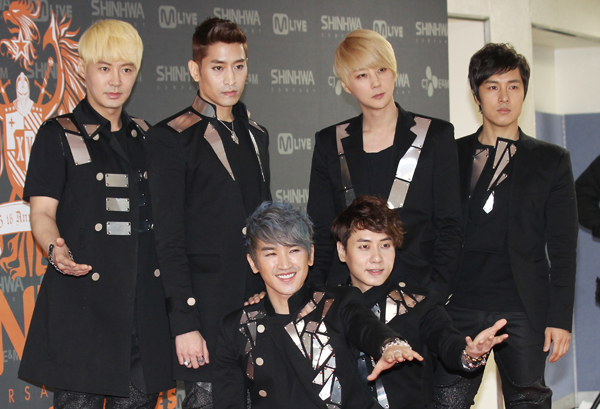 Shinhwa, one of the longest-lasting boy bands in Korea, started to accept orders for the limited edition of its upcoming album “The Classic” yesterday.

Because so many fans were hoping to place orders for the album with a black case, the Sinara Record home page was temporarily shut down due to overwhelming Web traffic.

The special edition of the 11th album is known to deliver a color photo book of almost 100 pages. Only 40,000 copies have been produced for sale, and that pushed fans to hurry and place their orders.

“Although it is widely known that the server goes down during ticket sales for concerts by big-name singers, I’ve heard that it’s rare to see a server go down because of attempts to place advance orders for an album,” said an official at the group’s agency yesterday according to local media reports.

The group’s album, which includes the title song “This Love,” will be released next Thursday.

After the release, Shinhwa plans to perform in Shanghai, Beijing, Singapore, Taiwan and Japan.