Andy called out for ‘publicity stunt’

Andy called out for ‘publicity stunt’ 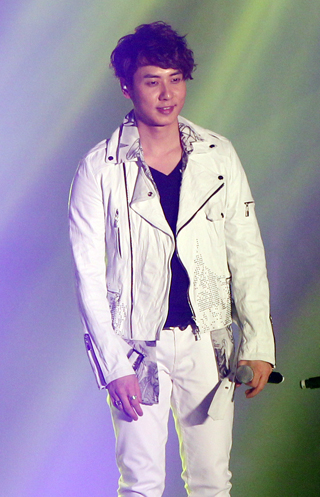 Andy of Shinhwa revealed that a girl group member is interested in dating Niel of Teen Top.

He made the ambiguous remark during an episode of MBC’s “Radio Star” that aired Wednesday.

Though he did not reveal the girl’s identity, he did say that her name begins with the letter “S” and that she is affiliated with JYP Entertainment.

Andy faced significant public criticism over what may be a publicity stunt ahead of a Teen Top concert this weekend. The Shinhwa star works as a producer for the up-and-coming boy group.

Teen Top recently completed work on its latest album and is planning a final concert before a short break from the entertainment scene. The two-day concert starts Saturday.

“There is no reason to do this kind of noise marketing,” the boy group’s agency said in response, according to one local media report.