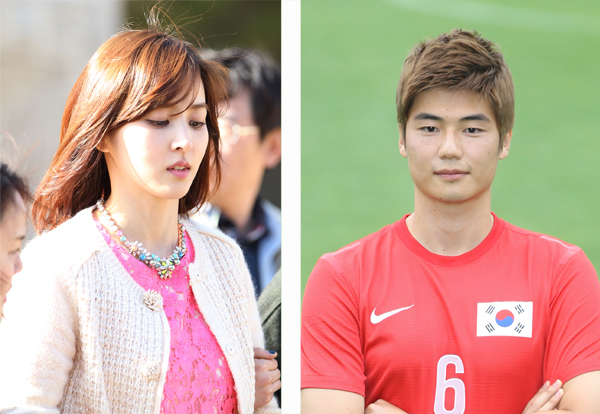 Footballer Ki Sung-yueng and actress Han Hye-jin will wed in July according to Han’s agency yesterday. The couple previously denied rumors about their wedding after they admitted their romantic relationship in March.

“The marriage was decided very recently because it had to be thought about very carefully,” said the agency in explaining why the two previously denied the rumors. “Since the wedding comes three months after they announced their relationship, the two are very cautious but have a sturdy belief that they are meant for each other.” The wedding was scheduled for summer considering the couple’s schedule. After the wedding, Han will continue focusing on filming the movie tentatively named “When a Man Loves,” while Ki will go back to the U.K.

“Only the month the wedding will take place has been chosen, and the exact venue and other details have not yet been decided,” said the agency, adding that it will deliver more details as they become available.

The relationship between the two was revealed after Ki wore footwear inscribed with “HJ SY 24.”