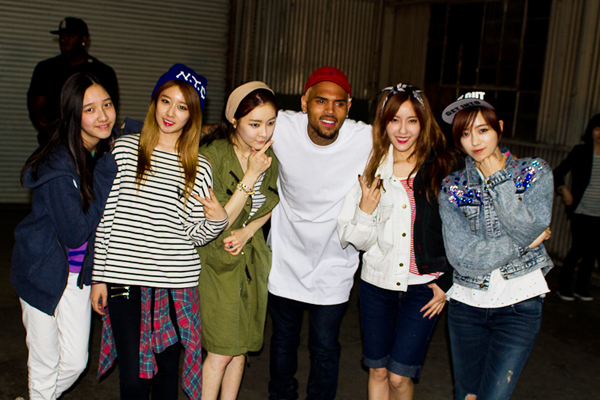 T-ara N4, a subunit group of T-ara, arrived in Los Angeles on Sunday and met with Chris Brown, according to the group’s agency Core Contents Media yesterday.

Four members of the group visited Brown during filming for his latest music video.

The visit was arranged by Dani, a new member of T-ara.

She has been friends with Brown since a young age and showed the music video for “Countryside Diaries,” the title song of the subunit group, to Brown.

The American pop singer then showed interest in meeting the group and will collaborate with the K-pop stars.

The group was escorted on its way to visit Brown by 18 security guards provided by the U.S. singer, according to the agency.

After a short meeting on set, the group showed its gratitude for Brown’s invitation.