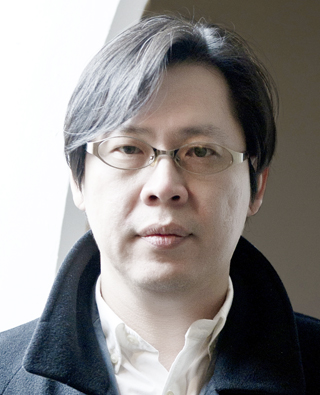 Artist and film director Park Chan-kyong, 48, has been designated as the curator of the eighth Seoul International Media Art Biennale, which will be held in autumn, 2014.

“When an artist curates an exhibition, people would expect a provocative and controversial exhibition,” Park said Monday. “I will respond to that expectation.”

He met the press at the Seoul Museum of Art near Deoksu Palace in central Seoul, which will be the main venue for the biannual show.

“I will focus more on communication and social issues regarding new media than technology issues,” he said.

“Not only fine art but also music concerts and genre movies will be included in the biennale, breaking the boundaries between them,” Park said.

Park, who majored in painting and has worked mainly in video art, is already used to crossing borders.

He won the top prize at the 2011 Berlin Film Festival for a 30-minute film “Night Fishing,” which he co-directed with his older brother, Park Chan-wook, the film director famous for “Oldboy”(2002), “Sympathy for Lady Vengeance”(2005) and his latest movie, “Stoker.”