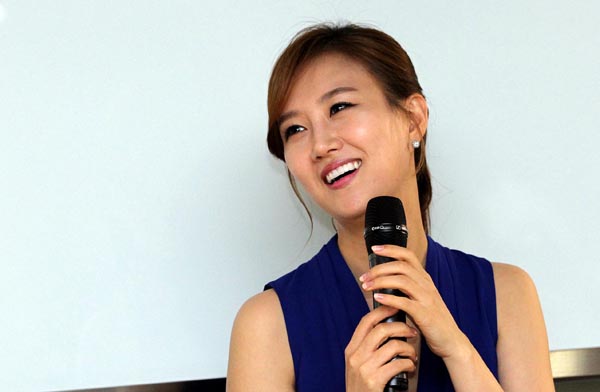 “I thought it would be better to just do it early as we were already talking about the wedding ceremony,” Jang told Ilgan Sports, an affiliate of the Korea JoongAng Daily. “Also, many have advised us that it’s not so good to have a long [engagement].”

The couple reported on Monday that they are already legally married.

Her husband Do Kyung-wan, a KBS announcer, went alone to the Yeongdeungpo District Office, western Seoul, on May 8 and filed the necessary paperwork. It was said that Do thought it would be meaningful to become a family on Parents’ Day.

“There have been so many words flying around, both good and bad, so he wanted to complete all the legal stuff early,” said Jang. “He also said he wanted to be my supporter as if he thinks I’ve feeling been vulnerable.” Jan said she’s all set for the June wedding as the only thing she needs to do is choose her wedding dress for the ceremony.