KARA one-act play is in the works

KARA one-act play is in the works 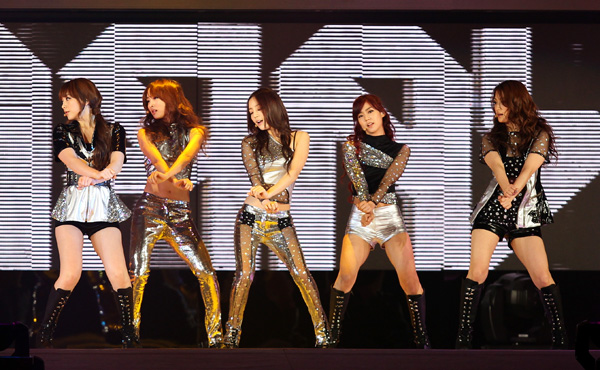 The one-act play starring KARA has been named “Secret Love,” according to producers.

Kim Kyu-tae, chief producer of SBS drama “That Winter, the Wind Blows,” starring Song Hye-gyo and Zo In-sung, will work with the girl group to produce five different episodes - one for each member of the girl group.

All the episodes are love stories. The filming and release dates have not yet been set.

“It will be worth waiting as KARA and experienced director Kim will create a fresh new trend,” the production company for the play said.

The drama will be translated into different languages and then distributed in Japan, Hong Kong, Taiwan and other countries in Asia.

Meanwhile, Park Gyu-ri of the group donated 670 kilograms (1,477 pounds) of rice to people in need through a charity last week.

She received the rice as gifts from overseas fans who wanted to congratulate the star on taking part in the drama “Nail Shop Paris.”