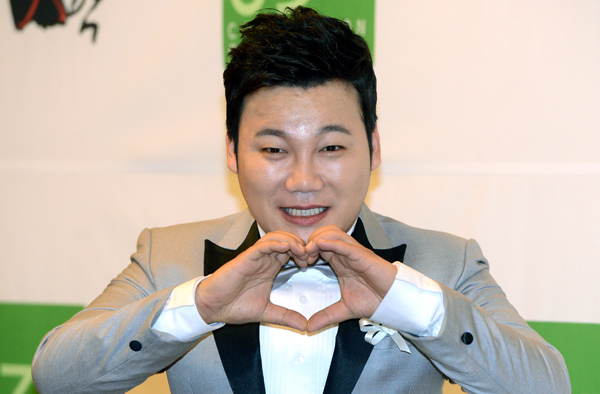 Prior to his wedding at 4 p.m., he met with the media at a press conference and shared his excitement.

“Since this is my first time [getting married], I feel very nervous,” Kim said. “I’m pretending that I’m not at all nervous, but I am.”

He said he felt sad that many of his friends couldn’t make it to the wedding as they have conflicting work schedule.

He said he also found out that he first met his bride 10 years ago though he doesn’t remember the occasion. She was a guest at an outdoor bar he was running.

He also mentioned that he purchased a pair of pants for his brother from a store owned by his mother-in-law.

“I think I must have behaved well,” Kim said. “When I met my mother-in-law, she was nice to me as she said she remembered seeing me back then.”

He said he does not yet have any baby plans but wants to have as many as possible.