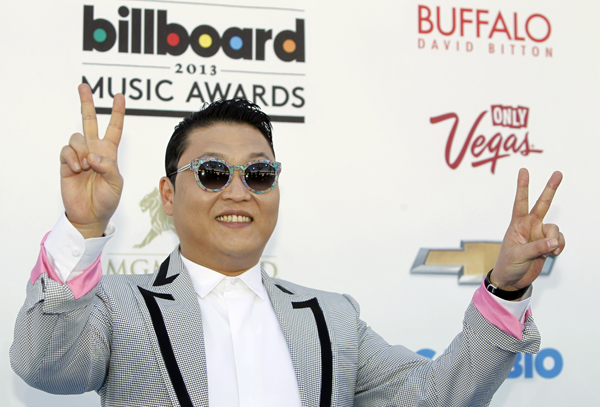 The “Gangnam Style” fever is yet to be quelled as Psy won the Top Streaming Song - Video Category for the popular horsedance song on Sunday in the United States.

The award goes to the singer of a music video that is most viewed online via YouTube and other social networking services. Psy earned the grand title with his hit song of last year that recorded more than 1.6 billion views on YouTube.

He is the first Korean artist to win at the Billboard Music Awards held at MGM Grand Garden Arena in Las Vegas.

When he was asked by local reporters if his new song “Gentleman” would ever beat out “Gangnam Style,” Psy said he is just doing his best, hinting that it’s up to fans to bring “Gentleman” more international popularity.